Where is the road calling you?

Click a photo above to read about that location or use the search bar to find a specific destination. 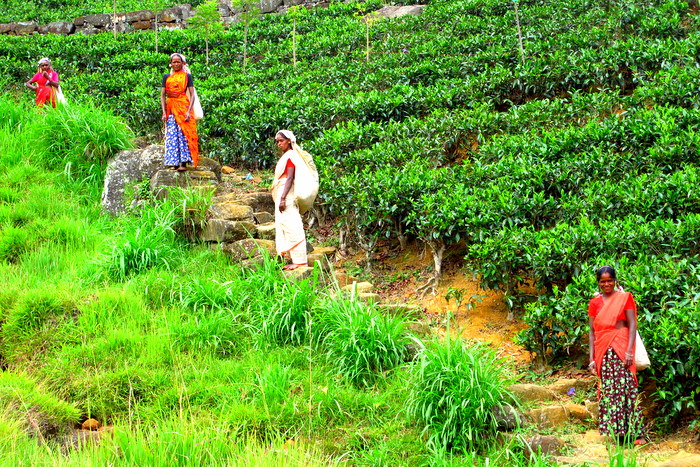 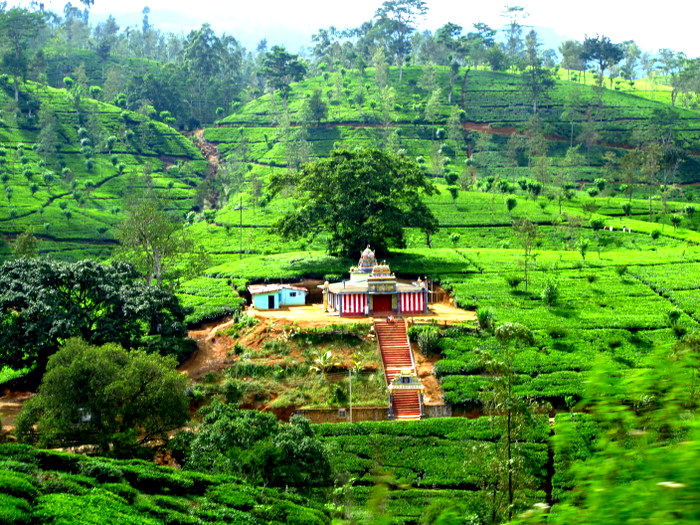 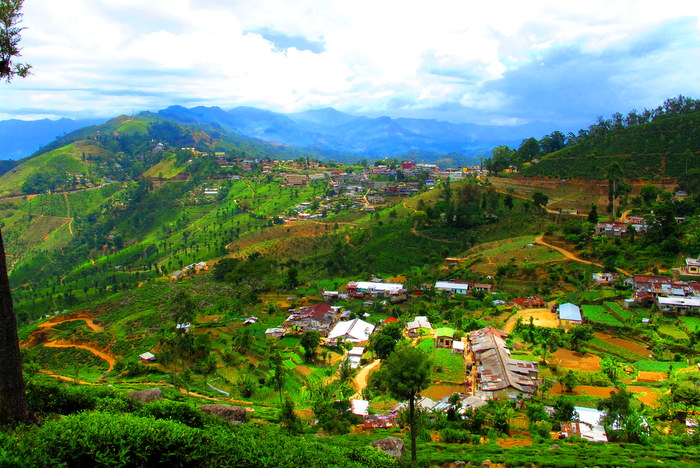 Fields of Tea Away From the Sea

A heart-warming memory from August 2012

Sri Lanka had already surprised us in the greatest of ways.  I’d eaten enough of the local cuisine to be rolled out of the door on multiple occasions, and the people we encountered seemed destined to create ever lasting memories of the love and kindness exploding from the country.  We could think of no better way to reach Ella than riding in a 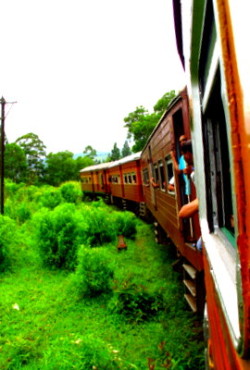 second class train through the mountainous region surrounding us.  The open air coach was alive with excited locals curious of our presence, most especially the adorable kids scampering through the coach and playing simple games of hide and seek behind the wooden benches.

Eventually they cultivated enough courage to begin attempting to communicate with us further, utilizing the only two words in their English vocabulary, “School Pen?”  We did however, run into a bit of an issue understanding two of the easiest words in our native language.  Having previously spent the better part of seven months in Spanish speaking countries, their words sounded incredibly similar to “excuse me” in Spanish.  We continued to smile and look at one another with utter confusion, baffled by children in Sri Lanka speaking Spanish.  My eyes finally rolled to the back of my head as I smacked my palm into my forehead, finally realizing their intent.

I had effortlessly conveyed my thoughts to others in countries with varying languages using horrendous drawings in the dirt with a stick in hand, absolutely murdered the pronunciation of numerous dialects to the point of nearly offense, and understood charades of more people than I could remember.  Yet, there we sat, dumbfounded in our native tongue.  I’d like to convince you that I hadn’t felt that stupid in quite some time, but I’d have to forget my 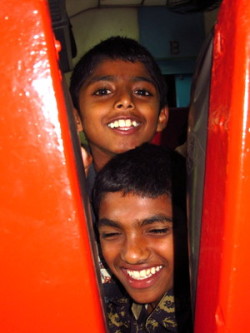 recent memory of walking in on a man hovering over a squatty toilet at a local bus stop having neglected to latch the door.  Ah yes…as such were the few memories I hoped to forget upon eventually returning to the States.  The bare assed squat of another man was an image I fought to release for weeks to come.

Our incredible sight-seeing finally ceased as we rolled into the train station, collecting our packs and making our way into town.  Once again my insatiable appetite proved too difficult to continue suppressing, following the aromatic scent of a small restaurant with pinpoint accuracy.  The pearly toothed chef greeted us graciously, inspiring us to enter without hesitation.  Drool nearly escaped the corners of my mouth as I relished in the enticing smells filling the restaurant, my mouth dropping with love at first sight as he placed our meal of Kotu on the table.  I couldn’t help thinking of how fortunate I was to be surrounded by healthy food and a scorching hot climate, preventing me from packing on more weight than one of the pregnant elephants we would witness on a later adventure.  Every day we visited the same restaurant, drawn to its flavor like a teenage boy to a Playboy.

With full stomachs one morning we set out on a motorbike adventure, cruising through the hills and appreciating the multitude of tea plantations outside of town.  It seemed every five minutes we rounded another bend in the road offering unparalleled views of the landscape as far as our eyes could see, prompting Jessie to use her nails in my ribs 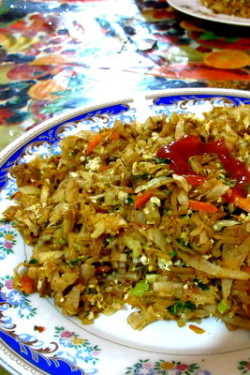 as the rear brake on the bike, “encouraging” another small break at the road’s edge to capture the beauty with her camera.  It was one of many responses I had become accustomed to, though her “cockroach shuffle” while trying to avoid abnormally large insects on the sidewalks continued to inspire gut-wrenching laughter on each entertaining occasion.  Never had I seen someone so animated while eluding one of their greatest fears, flailing her arms and stomping her feet while struggling to push repeated shrieks of terror from her throat.

Our latest two-wheeled excursion ended with a tour at the Lipton Tea factory, learning not only about the processing of the tea leaves but about the effort each tea picker exerted to secure 12-15 kilos of product every day.  I began wondering how such a goal could be achieved, until spotting the very workers inspiring my curiosity on our pleasant ride back to town.  In the steep hills saturated with tea plants we observed a small group of women going about their daily work, fabric bags hanging on their strong backs with a long strap strategically draped over their foreheads to accommodate the load behind them. 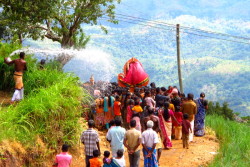 Our hearts sunk into our stomachs, fully appreciating the adversity they must face to obtain their requirements.   A small part of me expected they might not be so keen to see two lone tourists hoping to document the event, but I was surprised yet again.  Smiles rained down from the women happy to allow Jessie to obtain a photo we wouldn’t soon forget, responded to with thankful gratitude before allowing them to continue.  As we rode off along the winding road, I could only smile and think to myself how fitting our favorite day in Ella came by way of exploring on our favorite mode of transportation. 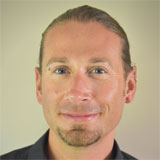 "Forget all the reasons why it won't work, and believe in the one reason why it will." - quoted by someone chasing their dreams

Places I Have Been

Crazy shit happens all the time...don't miss out! Find out when a new blog is posted by subscribing (be sure to check your promotions folder if you are a gmail user).